In which I talk about learning, errors, the importance of questions, the value of knowledge, and an embarrassing story that makes me laugh to this day.

I’ve been at the writing gig for many years now and I’ve found two constants in this endeavor: one is that everything changes–editors change, houses change, styles change, public tastes change; and two there is always something new to learn, whether it’s research, vocabulary, genre, or grammar. People often speak about the changes, but I get excited about the learning. Call it the nerd in me, but I love to learn a new word or some minute grammar point. And don’t get me started on research. For my last manuscript, I had to visit a brewery, take a tour and taste some beer. It’s hard work.

Today, my competence in English is solid. Of course I make errors, but they’re more likely to be typos or skipping words because my thoughts are faster than my fingers, or just not seeing mistakes on the page because I’ve stared at the screen for too long than actual lack of knowledge. But it wasn’t always the case.

In the past couple of days, I’ve seen several mentions of the fight over one space or two after a period. It reminded me of my very first term paper. US History (I still remember the title: The German-American Bund: the Fritz Kuhn Years: 1937-1939).  I have never taking any typing classes (thus the reason for so many typos when I write), and the requirement was ten typed pages, double spaced. It was my first typed paper. I had to borrow the typewriter (in return I bought a new cartridge for the owner–remember those?), get some unlined paper (I bought onion skin–yuck), and hunt and peck my way to ten pages. But I did it. And being the kind of student I was, I was the first person in the school to turn it in. Done. Relief.

A few hours later, my roommate (I went to boarding school, remember?) said that the teacher had held it up to show how not to do a paper, that it wasn’t doubled spaced. Well, I went straight to the teacher and told him he was wrong. I had double spaced. He said it didn’t look like it, but I told him again he was wrong because I had double spaced.  And indeed I had–type a word, space, space, type another word, space, space, and so on for ten pages. I thought it an odd requirement at the time, but it wasn’t until years later that I realized where I had made my error. I think my paper was actually 1.5 spaced as regards the line spacing. 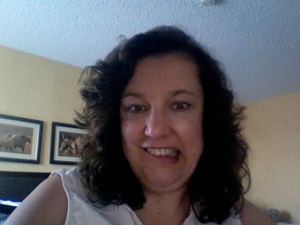 Ask questions, people. Questions are good things. (By the way I received an A- for the paper. Thanks,Mr. Waples.)