It’s funny to analyze where we’ve drawn our lines of acceptable fare. Again, I maintain it’s a matter of taste. What one person declares wonderful and gripping, another person will close their eyes and refuse to watch or read. The issue arises when you are faced with an unfamiliar author or work and you have nothing to gauge your personal reactions on. Vague descriptions on the back of the book don’t always give you an accurate picture of what’s inside. For example, in my WISH trilogy, the back cover copy doesn’t indicate that I write with a lot of humor in my stories (at least, I think they’re humorous) and that I have a light touch. The cover of the first book, The Wish List, gives an indication, but the covers of the second two absolutely do not. And yet, there’s violence and even death in the stories. My current work in progress (WIP) has a really high body count, but because I end up writing with a light touch, it isn’t as noticeable.

Because that’s how I like my violence. Cartoonish. I can handle the Roadrunner vs Wile E. Coyote, but I cringe and wince when I watch nature shows (and yes, have cried as well–never watch how barnacle goslings leave the nest). I can handle the violence in the Marvel movies and even cheer when the bad guys get “theirs,” but Breaking Bad is not my thing. I watched every episode and acknowledge the brilliant writing and acting, but it makes me uncomfortable. I won’t and can’t watch boxing or MFA fighting, but I can handle wrestling (Not that I watch it, but it’s a perfectly valid form of entertainment. Just not my taste. And I’m not saying they pro wrestlers aren’t athletes, because they are, but it is scripted.) 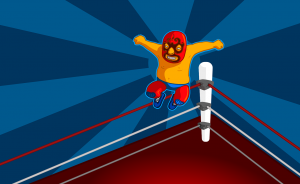 KINGSMAN was one of the most violent movies I have ever seen, but it was cartoonish, so it didn’t bother me. I thoroughly enjoyed that movie. Paranormal violence doesn’t bother me much because by definition it isn’t real, but movies like Black Hawk Down are too realistic. DUNKIRK, a brilliant movie,  is excruciating to watch, and should be, so that we never do such things to one another again.

Let me live in my bubble, which in today’s world is getting harder and harder to do. Reality is rapping at our doors right now. I hope it doesn’t start pounding, but I have no control over it. In the meantime, I don’t enjoy realistic violence in my entertainment. If I do watch or read such things, it’s for a purpose other than entertainment.

And one last note… Have you ever noticed how people get more upset with sex than violence? As if sex and expressions of love are somehow more offensive than the brutality that humans can show.

Ash and Quill by Rachel Caine