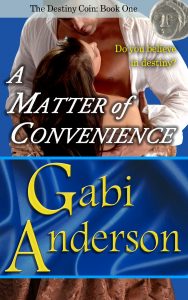 An ancient coin that brings true love? A myth-a story that entertains, but has no basis in reality, and Corinna Towers has little time for fairy tales. So when she loses the coin her mother gave her, it’s just another heartbreak in a life filled with them. She has no illusions about her life with uncaring relatives, so when Stuart Grant asks her to pose as his betrothed for a handsome salary, she accepts his outrageous proposal.

Already the target of too many scheming mamas, Stuart Grant knows Corinna is perfect for his ruse-beautiful, intelligent and desperate. What he doesn’t expect is how intriguing he finds her. What begins as a simple business proposition soon becomes reality. Can two people who have never believed in love learn to trust their emotions?

Surely the destiny coin is just a myth. 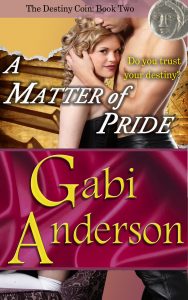 When Eden Grant becomes the focus of the ton’s attention, she blames the ensuing events on the loss of her good luck coin. She also blames the talisman for throwing her into the path of arrogant and proper Trevor St. John, Earl Ryeburn. His disapproval of her irritates her. Too bad he’s started to haunt her dreams.

Trevor has rebuilt his family’s reputation and refuses to let anything bring dishonor to his name. That American girl is a scandal waiting to happen. She’s bold, beautiful, and brash. Too bad she’s so intriguing.

But when her reputation is ruined and he holds some of the blame, what else can a respectable man do but marry the girl? Can two people overcome pride and find happiness? 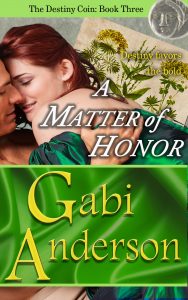 Lady Lorane St. John has a gift and passion for botany. However, she is also a failure in the eyes of the ton, so when the chance comes to escape the season and stow away to America, she seizes it. Not only can she study a whole new world of plants, she also plans to produce a book.

Nicholas Grant has planned a neat and tidy life for himself. He has a position of stature and a fiancée waiting at home. What he doesn’t need is an impulsive bluestocking bringing chaos into his life. When circumstances require he take responsibility for her, he finds himself drawn into the whirlwind of Lorane’s personality. And enjoying it.

But there’s still the matter of his fiancée. Is love the price of honor? 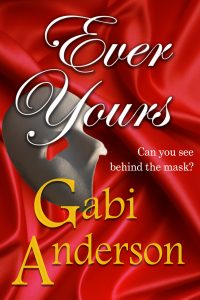 A mysterious bequest sends the outspoken and vivacious Lady Ivy St. Clair on an errand to the wilds of Wales. Although weather and circumstance conspire to trap her, Ivy embraces this last gasp of adventure before she has to settle into marriage. Even if she must contend with the Monster Earl.

Scarred and disfigured in a carriage accident, Auburn Seaton, Earl Tamberlake, prefers solitude to society. Aware of the moniker the ton has given him, he embraces the darkness. When Ivy disrupts his world, he is forced to confront the shadows she reveals and face the light-the light she embodies.

But she has a duty to her family that doesn’t include him. Besides, no one can expect her to choose a monster. Can one? 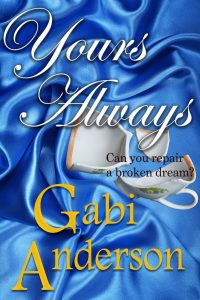 When man-of affairs Colin Savernake receives a bequest from a man he hardly knew, his curiosity is stirred. When that bequest is tied to a mystery, his concentration is engaged. When that mystery involves a beautiful but impoverished earl’s daughter, his emotions become involved.

Engaged to a much older man, Anthea Fortesque dreams of her old life when her family didn’t worry about food and shelter. Her marriage will provide security for all of them. So when her betrothed hires Colin as his secretary, she smothers the feelings he arouses in her.

But a series of thefts makes her look guilty and only Colin can help her. But what if he believes she’s the thief? And what if she can’t hide the secrets of her heart? 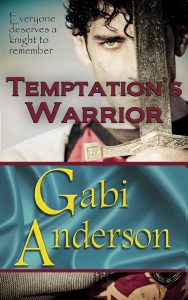 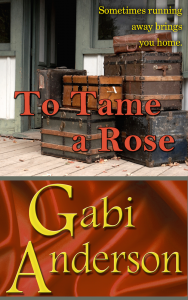 To protect herself and her fortune, Alessandra Rose Whiting joins a ship of brides traveling from Boston to Oregon. She intends to hide out west until she reaches her majority and can control her own estate. Unfortunately, her privileged lifestyle has left her less than capable of taking care of herself. How could she have known how complicated cooking could be?

Deverell Blake is helping his friend fulfill a vow to bring women to Oregon as potential brides for the men who’ve settled in the Willamette Valley. He himself is quite happy remaining a bachelor until his younger brother can take over the family ranch and let Dev follow his own dreams. But what can you do when fate decides to toy with your plans?

Sometimes running away brings you home. 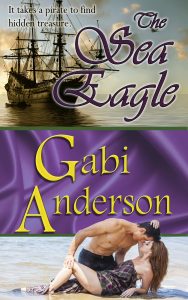