Welcome to this stop of the Safari Heat Valentine’s Day Blog Hop. Grand Prize is a Kindle Fire HD 7”. All the rules and how the hop works are listed on the Safari Heat site. Follow the link:

So Valentine’s Day—the day the world is forced to consider romance and love. Go nuts, if that’s your thing. But, contrarian that I am, think a little bit differently.

Some people consider the building of the Taj Mahal as one of the world’s grandest romantic gestures. The Mughal emperor had it built for his wife. Okay, it’s beautiful, but the empress never saw it because it was her tomb.

Personally, I want my romantic gestures to be something I can enjoy. Just the other day, I had one of my most romantic experiences with my husband. Before you think I’m going this post will have TMI, let me start by saying we went to the zoo.

We took my youngest and her boyfriend (both special needs young adults) on a date, but I think Robot Guy (that’s my nickname for my husband because of his nearly thirty years in robotics) and I had just as much fun. We talked, laughed, and learned as we walked. We admired the beautiful creatures we saw and gave respect to the toxic ones behind glass walls or separated from us with moats and high cement walls.

Romance isn’t the chocolates, jewelry, dinners out, or flowers, although those can be great, right? It’s always nice when someone thinks about you. It also isn’t sex, although that’s a lot of fun too. It’s the sharing of little moments. It’s the laughing at the dumb jokes he tells (because I never tell dumb jokes >clears throat<) holding hands, sharing information we hope the other finds interesting, and spending time together even in silence. Sometimes, it’s crying together.

In my novel MYSTIC, 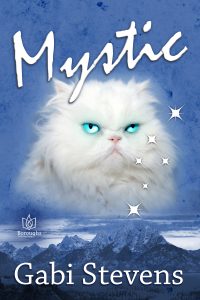 there isn’t a lot of time for big romantic gestures (Okay, so there’s one at the very end, but that’s to be expected in a novel). The hero and heroine are on the run, but they learn they can rely on each other, and come to admire each other. They find themselves understanding each other and sometimes even taking on the other’s quirks. That happens in relationships. In spite of the magic in the story, I strove for realism. And humor. Because I believe laughing is one of the world’s great ways of sharing one’s soul.

Hope you enjoyed your visit here with me. There are four ways to get extra entries into the prize giveaways:

Leaving your email (so we can contact you if you win)

You don’t have to do all four, but you must at least leave your name and email.

Here is an example:

There are daily prizes from the Safari Heat site, but for those of you who comment here, I will assign a number (only one) at the end of the hop to you in the order of your response and select one randomly to receive a copy of MYSTIC, a tote, and a little stuffed cat. 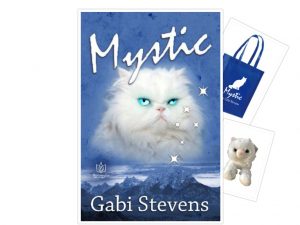 (Yes, the cat is in the book—not a stuffed one). Please let me know if you don’t want to be added to my newsletter. And although the Blog Hop prizes can only be won by US or Canadian readers (except ebooks—those can go world wide), I’m willing to send my prize anywhere.

To keep hopping, don’t forget to follow this link: